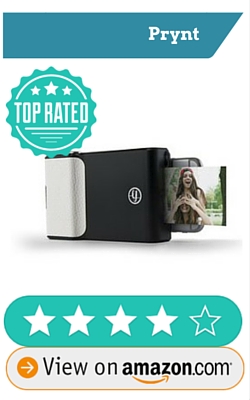 Nowadays when you want a picture, what comes to your mind first? If you are like most people it’s your smartphone. Our phone cameras have even became so popular that they almost put Polaroid out of business!

Every once and a while you may want to be able to print that picture out, though. For a long time the best solution to this was an instant camera. A phone picture printer is a great alternative because you don’t have to carry a separate camera around. When you are ready you simply send the print to the mini printer and- instant picture!

Why pick one of these printers vs. an inkjet or laser? They don’t use ink! Simply insert the film and you are good to go. Plus they are a lot more portable. On the downside, you will have smaller pictures; they will also be more grainy.

Since you took the picture with your phone you can always print it out elsewhere later. These printers are great for sharing memories as they are made.

Check out our list of the best photo printers for your phone and see if this solution is right for you.

The Prynt Case for iPhone 6, iPhone 5, and Samsung Galaxy S5

Prynt burst onto the scene on Kickstarter late 2015 and has just been made available. A little bulkier than other printer options, it slides onto your phone as a case. What makes it unique is that the Prynt case records a few seconds of video when the picture is taken and uploads it to their app. When another user scans the photo they get access to the embedded video. Think of it as Harry Potter pictures in their early stages. 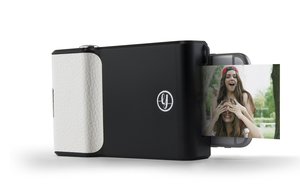 It prints pictures 2”x3” on Prynt film. While it will print on Fujifilm film, it wont embed video. It adds 1.5lbs to your phone, and may cause some hassle since you will have to switch out cases in-between uses. A nifty feature is that it stores all the pictures on your phone, so you don’t have to worry about loosing your image. This could be your solution if you are looking for a unique instant camera- an have the right phone.

The Polaroid Zip printer is an iOS, Android, and bluetooth friendly device. Images are printed on a card sized film and take approximately a minute to complete. Since this printer stands alone from your phone or device, it is easily portable to take around to all functions. A little pricey, the main advantage is you can print after the pictures are taken on your phone.

Weighing 6 ounces at a size of 3”x5”, you couldn’t get much smaller. It comes with an app for editing the basic parts of the picture, adding cool stickers, and printing. USB cord is included to charge the lithium ion battery, which will last for 25 prints. Available in Black, Blue, White, and Red; pick yours up today! 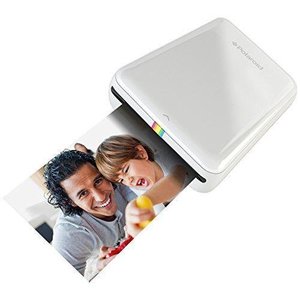 Fujifilm got into the printing game with a bang. This wireless printer has many nifty features. One is the outer lights indicating the amount of film left. Another is the ability to print directly from Facebook. A little pricer than the Polaroid Zip, one main drawback is that batteries that will need replacing every 100 pictures. (It may not sound like a lot, but imagine how many you will go through at that party!)

A light 9 ounces with dimensions of 4”x1.6”x4.8”, the printer is definitely portable. The film will come out credit-card size, so it is easy to put in your wallet. It will not work with your computer, and requires an app to work on your phone. If you are looking for a fun, portable printer it is definitely worth checking out. 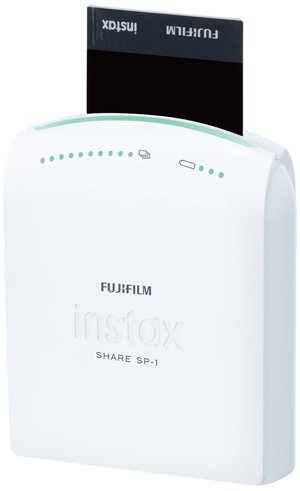 LG, longtime electronics maker also has a photo printer for the phone. They claim it will work with any smartphone (android, iOS, and windows). It prints pictures in under 30sec; this printer is a good option for instant mobile printing.

It is a little heavier than some of the options at 1lb, but it is still portable. The printer uses bluetooth to pair with your device, their is no app required. While it will print form laptops, the manufacturer warns that it is rather complex. Customers have reported that the battery lasts for 20 pictures, but that it also drains fast while on idle- keep it plugged in. Comes in pink, yellow, or white. 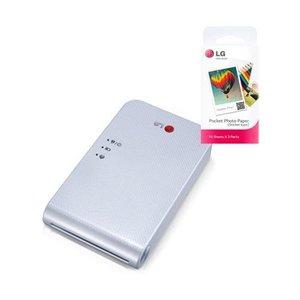 New photo printers are coming out on the market all the time. Another Kickstarter success, Snapjet is a unique take on the instant printer. The printer scans your phones screen and instantly prints what it sees. It’s founders claim it will even work with flip phones. 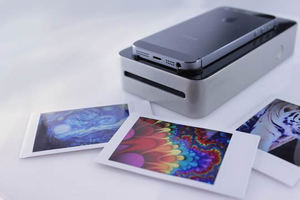 Unfortunately, the campaign has ended and Snapjet won’t be available to purchase until late 2016. But it definitely deserves a mention! As technology continues to advance, so do our phones and printers. Who knows, some day our phones might have printers in them.

If you are looking for the nostalgia of instant print, but don’t want to buy another camera than a phone picture printer may be for you. Keep in mind that this technology is new and you will pay more than some digital cameras in most cases. However, since our phones are such great cameras it makes sense not to double up. You get the convenience of your phone printer with the portability of a small camera.

This may also be the solution if you are looking for the nostalgia of a vintage Polaroid camera. Sometimes, sharing that instant memory is the best memory to make.

There are a few advantages to this method. First, taking the picture on your phone means that you will have a digital copy. Second, you can get that instant print. Finally, if you want you can print a higher quality version later if.

I would consider getting a printer like this if I was going traveling to print daily memories. The possibilities are endless.