Do Metal Detectors Work in the Food Industry? 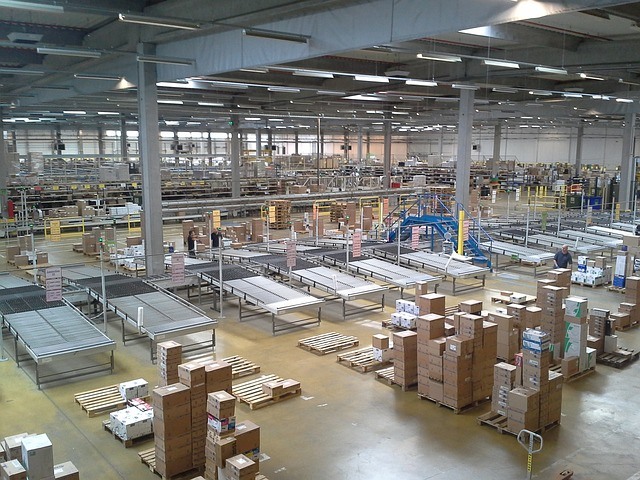 Metal detectors are a rather modern invention in the history of science and technology. They emerged out of the late 19th century thanks to the work of inventors like Gustave Trouvé and Alexander Graham Bell, alongside a host of other new scientific marvels including the lightbulb. However, it took another half-century or so for the first metal detectors for food industry use to come about in 1948. By the 1980s, food grade metal detectors became commonplace in the food manufacturing industry. This is no big surprise, given that metallic objects are the single largest sources of contaminants in processed foods.

Safety standards have undergone significant overhauls in the US and abroad over the last few years, and consumer protection requirements are more stringent than ever. Indeed, the 2011 US Food Safety Modernization Act (FSMA) is the most significant overhaul of American food safety regulations in over half a century. Its focus is on preventing contamination in food products, and FSMA regulations will apply to everybody from small pet food manufacturers to the biggest brand-name corporations. As such, industrial metal detectors must play a more integral part of the food manufacturing industry than ever before.

How do metal detectors work?

While there are different kinds of metal detectors, the food industry mainly makes use of ‘balanced coil’ systems, which also happen to be the first kind to have ever been invented. That isn’t to say that the technology hasn’t evolved over the years – it has, and in amazing ways, with modern balanced coil detectors using everything from microprocessors to Digital Signal Processors (DSPs) – however the basic idea of the balanced coil system remains the same.

While modern metal detectors can be quite impressive, it’s important to keep in mind that the size of the foreign metallic object can still influence the accuracy of the metal detector. Very small particles are difficult or even impossible to detect. As such, metal detectors are not the be-all-end-all solution to preventing metal contaminants from spoiling food products. They must be integrated into an overall food safety and contamination prevention plan, designed specifically for different products and manufacturing scenarios.

Given how many times food products come into contact with metallic objects throughout the manufacturing process, every step of the production process must be carefully monitored. Everything from personal effects to maintenance and processing equipment can represent a potential contamination source. The sooner a contaminant and its source are identified, the less chance there is of metallic objects getting processed until they are too small to be picked up on by a metal detector.

No one size solution

While it might be tempting to cut corners by making use of a general conveyor-type balanced coil metal detector, there are in fact many different balanced coil metal detector configurations for different types of food products. For instance, there are special gravity-based metal detectors for products such as sugar or other granule-like items. These pass through a vertical pipe, with contaminants diverted from uncontaminated products via two separate outputs. There are also pipeline detectors for paste-like or semi-liquid products such as jam, which pass through a horizontally-configured pipe with two different outputs. There are even metal detectors configured to suit bulk packaging.

It is clear that balanced coil systems are well-suited for a number of different applications. However, a special ‘ferrous-in-foil’ detector will need to be purchased when it comes to identifying ferrous contaminants in food products packaged in aluminum foil. It is also important to keep in mind that balanced coil systems have a hard time detecting stainless steel contaminants. This is especially true if the environment surrounding the contaminant is wet or contains a lot of salt.

Modern food grade metal detectors have come a long way in the last century. They can now provide users with detailed data on everything from contamination types to the time an event occurred and a range of other useful information in between. This type of information facilitates product recalls and assists users in identifying potential sources of contamination. That said, everything from the factory’s set-up to the maintenance staff’s training program need to be designed with contamination prevention in mind. Manufacturers must endeavour to reduce the risk of contaminations before they even happen, as industrial metal detectors simply cannot do all the heavy lifting with perfect results.

Althea Yi is a jack-of-all-trades with a love of learning. She is completing her master’s degree in French Linguistics, and is making a transition towards the world of web development and design. She likes to use her language skills for writing interesting, helpful articles, and teaching JavaScript basics to kids of all ages.

The post Do Metal Detectors Work in the Food Industry? appeared first on Blogtrepreneur – For Busy Entrepreneurs.