December 4, 2015 In Uncategorized By admin

GetResponse vs AWeber – An In-Depth Comparison

GetResponse and AWeber are two of the most well-known names in the field of email or newsletter marketing. Both are advertised as solutions for easy email marketing, with GetResponse claiming to be the “world’s easiest email marketing” solution. These two have their respective pros and cons. Not is overwhelmingly better than the other. Using both at the same time to try enjoying the best of what these two can offer is completely impractical. Hence, you should only choose one.

The following comparison should help you find out which email marketing solution is the best for you.

GetResponse vs AWeber – What They Have in Common

GetResponse and AWeber are both tools for creating professional-looking newsletters or email marketing campaigns. They enable automated mailing lists or the sending of e-newsletters to subscribers at predefined intervals or based on an action trigger. They both come with feature-rich email creators, autoresponders, as well as the ability to integrate with third party apps. Moreover, they offer unlimited emailing for all their packages as well as 30-day trials. GetResponse and AWeber are two of the most popular email marketing solutions globally. They are also arguably effective at what they do, although in varying ways.

Perhaps not everyone would be looking at the price as the primary criterion when choosing an email marketing solution but it is one of the most important factors that need to be taken into account especially in the context of comparing Getresponse and AWeber.

GetResponse happens to be the better choice when it comes to rates per se.

GetResponse clearly offers the lower rates. What’s more, GetResponse also offers discounts for those who opt for annual billing. Discounts range from $2.70 to $81 per month depending on the package. As mentioned, both offer free trials but GetResponse appears to have the better trial plan as it does not require a credit card. With AWeber, you will have to sign up for a plan and cancel if you are not satisfied with the service. 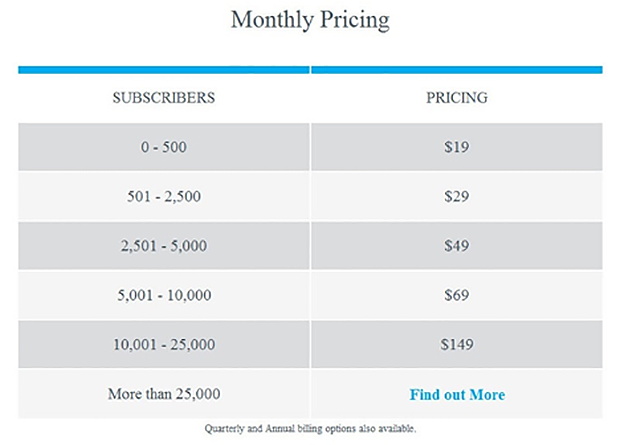 When it comes to ease of use or the interface of GetReponse and AWeber, it can be said that both offer a generally good user experience. GetResponse tends to offer something familiar and conventional while AWeber goes for the more modern look characterized by minimalistic layouts and a cleaner look. GetResponse looks traditional although not necessarily dated. It has a responsive interface with easy to locate buttons and functions. Similarly, AWeber offers a layout that makes it easy to create and schedule campaigns.

Overall, it’s easy using both interfaces. Familiarizing them should not be difficult even for those who are new to using email marketing platforms. Doing segmentation, adding lists (even from other services), and managing lists can be easily done with either of the two. Both also have parts that employ drag-and-drop interaction, which is particularly convenient when customizing emails.

For this comparison, the points that will be highlighted are the following: autoresponder, deliverability, split testing, templates, and reporting/analytics. These are arguably the most important features or functions of email marketing solutions.

Both GetResponse and AWeber come with autoresponders but the one from the former is better as it offers both time and action-based autoresponder capabilities. AWeber’s is only time-based. The autoresponder from GetResponse can be set to send emails based on specified times or intervals, and also based on certain actions. Even better, GetResponse’s autoresponder can also show the number of contacts who have already finished an autoresponder sequence so they can be moved to a new sequence if desired.

When it comes to deliverability or the percentage of emails that successfully reach the inboxes of the intended recipients, GetResponse and AWeber have good scores based on user reviews and some assessments published online. So far, there have been no scientific study conducted to prove the deliverability claims of both email marketing solutions. However, it is safe to say that they are able to deliver more than 90%. According to GetResponse and AWeber, they have 99% and 98% deliverability rates respectively.

Although not by a wide margin, GetResponse also has the better Split or A/B Testing feature. This is because of how easy to use it is. It’s like an “always-on” feature in the language of smartphones. While drafting an email, you can immediately run an A/B test by toggling the A/B testing switch on. Additionally, with GetResponse, you can send A/B tested emails to a certain number of recipients or segment to actually test for outcomes before proceeding with the rest of the campaign. 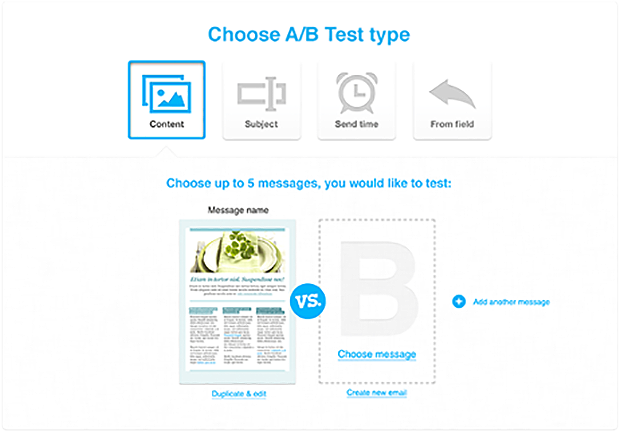 In terms of templates, both offer hundreds of professional-looking designs. These templates can also be set to be “responsive” like the responsive website designs that automatically adjust according to the screen resolution or size of the device viewing the email.

When it comes to the analytics or reporting functions, picking a winner between the two is mostly dependent on individual preferences. AWeber tends to present most of the data in a single page while GetResponse shows summaries first, with the details tucked behind buttons or links.

If there’s one aspect where AWeber can be considered the clear winner, it is perhaps its ability to easily integrate with other apps and services. AWeber provides a straightforward way to integrate other services into the system. All it takes is a few clicks and AWeber is set to work with PayPal, WordPress, LeadPages, Facebook, and other apps and services. Both GetResponse and AWeber provide the required APIs to enable integration but in terms of the “non-techie” connecting of apps and services, AWeber is better. GetResponse still makes use of the third party application Zapier to integrate other services.

Obviously, GetResponse wins most aspects of this comparison. It scores great points for its pricing, features, and ease of use. This does not mean that choosing AWeber would be a bad decision, though. Both options are able to capably serve their intended purposes. Still, GetResponse has slightly more to offer. In particular, GetResponse provides the ability to create high-converting landing pages within a few minutes and has 24/7 live support.

The post GetResponse vs AWeber – An In-Depth Comparison appeared first on Blogtrepreneur – For Busy Entrepreneurs.