How to Mitigate Startup Risk in the New Year 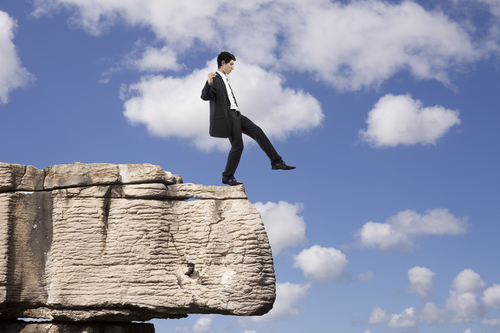 With little exception, every sector of the American economy is finally feeling the effects of the slow but steady rise out of the hole “the Great Recession” left us in.

Of course, “slow but steady” can feel more like “frighteningly unpredictable” when you’re an entrepreneur struggling to get a startup off the ground or a business owner fighting for the chance to grow.

Granted, starting and running a small business has never been a guaranteed method for financial success. But that doesn’t mean it has to be scary.

The Risk is Real

Jim Clifton, CEO of Gallup, published an article earlier this year called, “American Entrepreneurship: Dead or Alive?” It included some eye-opening statistics unearthed by Gallup polls covering small business growth in the US.

One of the most startling truths uncovered in the article is the fact that many of the statistics we hear regarding the recovery of the US economy and specifically about US entrepreneurship are misleading. Despite the numbers that get publicized, starting and growing a business is not as easy now as it was prior to 2008, even though the economy as a whole is in a much better place than it has been.

In 2015, although tens of thousands of businesses are starting up all over the country, more are failing, so the net outcome is negative.

For optimistic entrepreneurs brimming with excitement about their “next big thing,” this is difficult to swallow. These individuals put everything they have into a great idea only to find that funding dries up and investors move on.

But it Can Be Mitigated

So what allows that (admittedly smaller) number of dedicated entrepreneurs to succeed? There’s no silver bullet, of course, because there are too many factors involved. But there is one trend that bears a closer look.

The most successful entrepreneurs these days are approaching business ownership and growth more cautiously and strategically than they did in the past. An example the cautious optimism today’s American economy engenders is the growing trend of businesses being started by what has been labeled the Fampreneur.

A Fampreneur (term coined by international business buying and selling platform, BusinessesForSale.com) is “an individual who intentionally starts or purchases a business with one or more family members in order to spread the risk and share the rewards.” Unlike the more traditional family businesses where one entrepreneur begins working on his or her idea and other family members are eventually absorbed into it if it’s successful, this is an intentional startup strategy to help ensure the business has a better chance at success over time.

According to survey results obtained in 2014, respondents who had purchased businesses through the listing service in 2013 were asked whether they were running them as family businesses. 54% were. But for those who planned to purchase a business in 2014, the number who intended to run it as a family business rose to nearly 74%!

These same respondents revealed an interesting correlation as to intent: of the group who purchased businesses in 2013, a full 70% stated “a good opportunity presented itself,” leading them to make the purchase. On the other hand, of the respondents planning to buy in 2014, over half named “a buyer’s market” and stated they were “optimistic about the economy,” leading them to decide to start their business.

To summarize the survey results, the average American entrepreneur heading into 2015 was optimistic about building a business in the current economy, but were also stacking the deck by heading into the project with family members onboard to assist.

Is the Fampreneur Strategy Right for You?

So, how optimistic are you as an entrepreneur? Do you think this is the very best time to jump head first into building your business? Are you confident enough to go it alone? Or would you describe yourself as “cautiously optimistic”?

Perhaps approaching your new venture as a Fampreneur be the best of both worlds: jumping in soon, but with a stronger and longer lasting safety net at your disposal. Doing so strategically, you can take deliberate, strategic action and rely on those closest to you to make it work.

The post How to Mitigate Startup Risk in the New Year appeared first on Blogtrepreneur – For Busy Entrepreneurs.