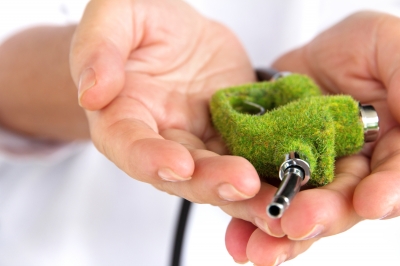 The term fuel-efficient is sometimes misunderstood when considering which car is the ‘most fuel efficient’. In its most basic sense the meaning is ‘a design that has been created to prevent the wasteful consumption of fuel.’

A lot of entrepreneurs that are consistently “on the road” have asked “what is the most fuel efficient car I can buy?”

It’s a good question and it varies depending on driving styles, fuel type and traffic during commute. Together with Airport Parking provider SkyParkSecure we have put together a list of the most popular and most fuel efficient cars currently being driven on our roads.

Image courtesy of ponsulak at FreeDigitalPhotos.net

With its quirky looks, advanced construction, electric powertrain, and minimally designed interior, the BMW i3 takes the lead in providing the most fuel efficient car. The BMW i3 has been built specifically as an electric car producing the equivalent of 170-hp. The range on a full charge is around 75 miles, however this can be extended with an optional two-cylinder engine that acts as a generator extending the range to approximately 130 miles.

The Spark EV dials in some much needed fun by improving just about everything wrong with its gas-powered alternative. The electric motor and 1-speed direct-drive transmission make for an enthusiastic pairing; handling is pleasantly balanced and responsive with sharper steering. Plus, clever packaging of the lithium-ion battery pack has allowed the Spark EV to retain all of the passenger and storage space of the regular car. Unfortunately, the Spark EV is available only in limited markets.

The best-selling electric car in the world to date.

The Nissan Leaf drives and operates just like a normal car, though many controls feel slightly remote, because virtually everything is electrically actuated.

The powertrain of a Nissan Leaf is simplicity itself. A flat 24 kilowatt-hour lithium-ion battery pack, mounted below the cabin floor and under the rear seat, sends electricity to an 80-kilowatt (107-horsepower) electric motor that drives the front wheels. As in a hybrid, the motor also serves as a generator to recharge the battery during regenerative braking, returning otherwise wasted energy to the battery.

Among all non-hybrids sold in the U.S. the absolute best mpg-rated car is the humble Mitsubishi Mirage with the continuously variable automatic transmission.

Powered by a 1.2-liter DOHC 12-valve 3-cylinder engine. The CVT option helps to makes it perform better than a manual, contrary to how manuals may perform next to other types of automatic transmissions.

BMW’s oil-burning 3-Series is an upscale German car with VW-diesel-like performance, and actually just edges out the 34 mpg combined of VW’s Golf and Jetta TDI diesels. Powered by a 2.0-litre turbocharged engine with an automatic transmission that can be manually shifted.

Mitsubishi’s subcompact Mirage hatch with a manual transmission makes a respectable use of its interior space.

Under the hood is a 1.2-liter DOHC 12-valve 3-cylinder engine. Power is routed via a manual five-speed transmission and an auto is available.

Selecting the most fuel efficient car for you will depending on how your typical commute. You should compare how a vehicle fares in the city versus the highway. If the traffic you drive in is consistently stop and go, you may want to find a car that uses the least gas in those situations and offers an auto Stop Start engine. If most of your commute driving is on the highway then make sure you consider this as you can get up to double the city miles. Cars typically use the least MPG when driving at highway speeds.

Here are a few tips on how you can change your driving habits to improve the fuel efficiency of your car.

Wind resistance increases fuel consumption by as much as 20% so try to keep windows closed at high speeds and remove roof racks and boxes when not in use.

Read the road ahead and anticipate the actions of other drivers and potential hazards. The less braking and acceleration required, the less fuel will be used.

Well maintained tyres are essential for safe and economical driving. Check your vehicle tyre pressures regularly (especially before a motorway journey). Correctly inflated tyres can improve fuel consumption by up to 2%.

Air-conditioning does increase fuel consumption, especially at low speeds. However when driving at high motorway speeds the increase in fuel consumption is less than opening a window. So if it’s a hot day, use the air conditioning for high speed driving but remember to switch it off and open the windows around town.

The post Most Fuel Efficient Cars 2015 appeared first on Blogtrepreneur – For Busy Entrepreneurs.