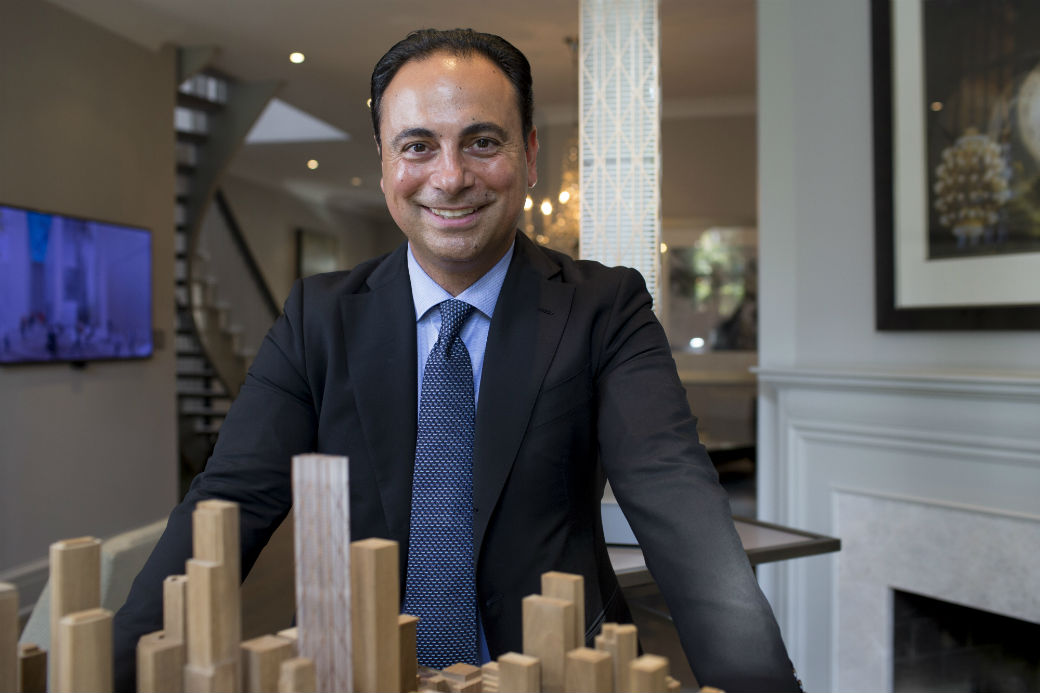 Nestled in what is referred to as Ontario’s Golden Horseshoe region, Canada’s largest and most populous city, Toronto, has worked hard to overcome its dated moniker of The Big Smoke. Indeed, the city that was voted most liveable in 2015 has reinvented itself as a chic international destination, a city that is also home to Canada’s largest group of young entrepreneurs.

Much like the city’s rapidly evolving identity, over the next five to ten years, the shape of the Toronto downtown skyline will also change.

Toronto’s metamorphosis into a new, in many ways architecturally bolder version of itself will end around 2020 when the last of 10 proposed new skyscrapers will be complete in the city’s downtown core. This group of skyscrapers will not only reshape Toronto’s skyline and redefine the city’s image as an international destination, the towers will also provide significant residential space for a growing number of young professionals, many of whom are casting aside suburbia for the convenience of urban living.

Of the new towers being proposed downtown, all of which boast heights of no less than 240 meters, one development in particular stands out. The One at the iconic corner of Yonge and Bloor Streets will serve as both a beacon illuminating Toronto’s new identity and a monument to Toronto’s rich history.

The 304 meter, 80 storey building, which has been dubbed The One partly due its address at One Bloor Street West and partially because of its impressive stature, is the vision of real estate developer and president of Mizrahi Developments, Sam Mizrahi, who for nearly a decade has worked to transform and return a sense of old world elegance to the luxury residential market in Toronto.

In the press, Sam Mizrahi has been called a micromanager and a developer who concerns himself with the details of every one of his developments, details that leaders of other real estate development firms often lead to their team. But, with an understanding that details are what count, especially when constructing custom homes and condominiums, Mizrahi wears these qualities with pride.

Returning to The One, those looking to lead their own businesses one day should take inspiration from Sam Mizrahi’s tenacity and determination in securing the future location for The One at the intersection of Yonge and Bloor, one of the most coveted pieces of real estate in Canada.

The site where Mizrahi is building Toronto’s largest skyscraper was formerly home to Stollerys, a men’s clothing store established in 1901 and a downtown fixture for more than one hundred years.

In order for Sam Mizrahi to realize the vision he had for the bustling corner, he visited Stollerys president Ed Whaley “constantly”, gaining Whaley’s trust not through pressure, but through developing a genuine friendship with the executive. Over a span of nearly a year, a natural relationship built on respect developed between Mizrahi and Whaley, one that ultimately provided Whaley a belief and reassurance that Mizrahi would build a construction at Yonge and Bloor worthy of the location and one central to so many Torontonians.

In an interview from 2015, Sam Mizrahi describes the relationship he developed with Ed Whaley in this way:

“The biggest concern was emotion, especially for [Stollerys president] Ed Whaley. His identity was that store. For Ed, it was a very difficult, emotional decision, one that has been on his mind for many years. Simplicity was very important to him. In the old world, things were simple. It was about handshakes. I subscribed to that value system, and Ed knew that. It’s about doing what you say and fulfilling your promises. I gained a friend out of it. It wasn’t just a transaction.”

Teaming up with internationally acclaimed British architectural firm, Foster + Partners, Mizrahi and Foster + Partners envisioned the concept behind the 80 storey tower that will seamlessly and elegantly mold 416 condominium suites with 172,000 square feet of retail space.

“We wanted to create an architectural element for Toronto that was the ultimate merger of aesthetic form and modern function,” Mizrahi describes. “The idea is to offer high-end luxury residential and retail space that can be easily customized into the dream space for owners and tenants.”

The One will be Toronto’s largest mixed-use residential tower and second largest building, only rivaled by the CN Tower. When complete, the 80 storey building will be the world’s 12th largest residential tower.

The One is currently in pre-construction phase.

The post Sam Mizrahi: Builder Behind Canada’s Next Skyscraper appeared first on Blogtrepreneur – For Busy Entrepreneurs.