The Best Trail Cameras for Security of Your Family and Land 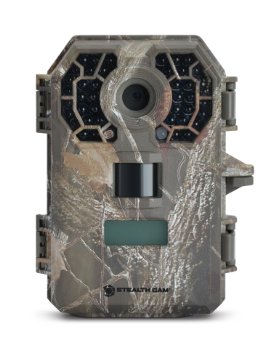 Trail cameras are known for helping hunters watch for game animals, but the best trail cameras can also be used for security purposes. One advantage of using these to watch for criminals is the criminals are used to seeing common home security cameras attached to homes. The criminals do not look for ones that could be hiding elsewhere on the property.

The Stealth Cam G42 is number one on this list because of the number of quality features it comes with and the fact that it is very affordable. It is also worth mentioning that even though it comes with a number of features it is still very easy to set up and get started!

The no glow infrared flash has a range of up to 100 feet which is great for watching over larger pieces of property when you are not home. The no glow flash is very useful for catching criminals in the act without them knowing it.

The blur reduction technology helps to make sure you get a clear image. Even during the nighttime which is known for being a time of low quality images, and burglary.

The video recording option offers recorded videos with sound for up to 3 minutes. The length of the videos is much longer than most of the trail cameras. All of the mentioned features make it the best trail camera for home security.

The Simmons 6 MP ProHunter has a lot of the features needed for a trail camera being used for security purposes. The motion sensor has a range of up to 45 feet which is great for covering medium sized areas around your home. One of the standout features of this camera is that it can run for up to a whole 9 months on one set of 8 AA batteries. The fact that it can operate for such a long time on batteries gets rid of the concern of it dying on the job.

The footage is stored on a 32gb SD card which is a lot of memory for recording footage. Unfortunately the footage can only be viewed on a separate device and not in real time like cameras with cellular abilities.

Even though the lack of cellular capabilities is a downfall for this camera, its other features definitely make it a trail cam for security. 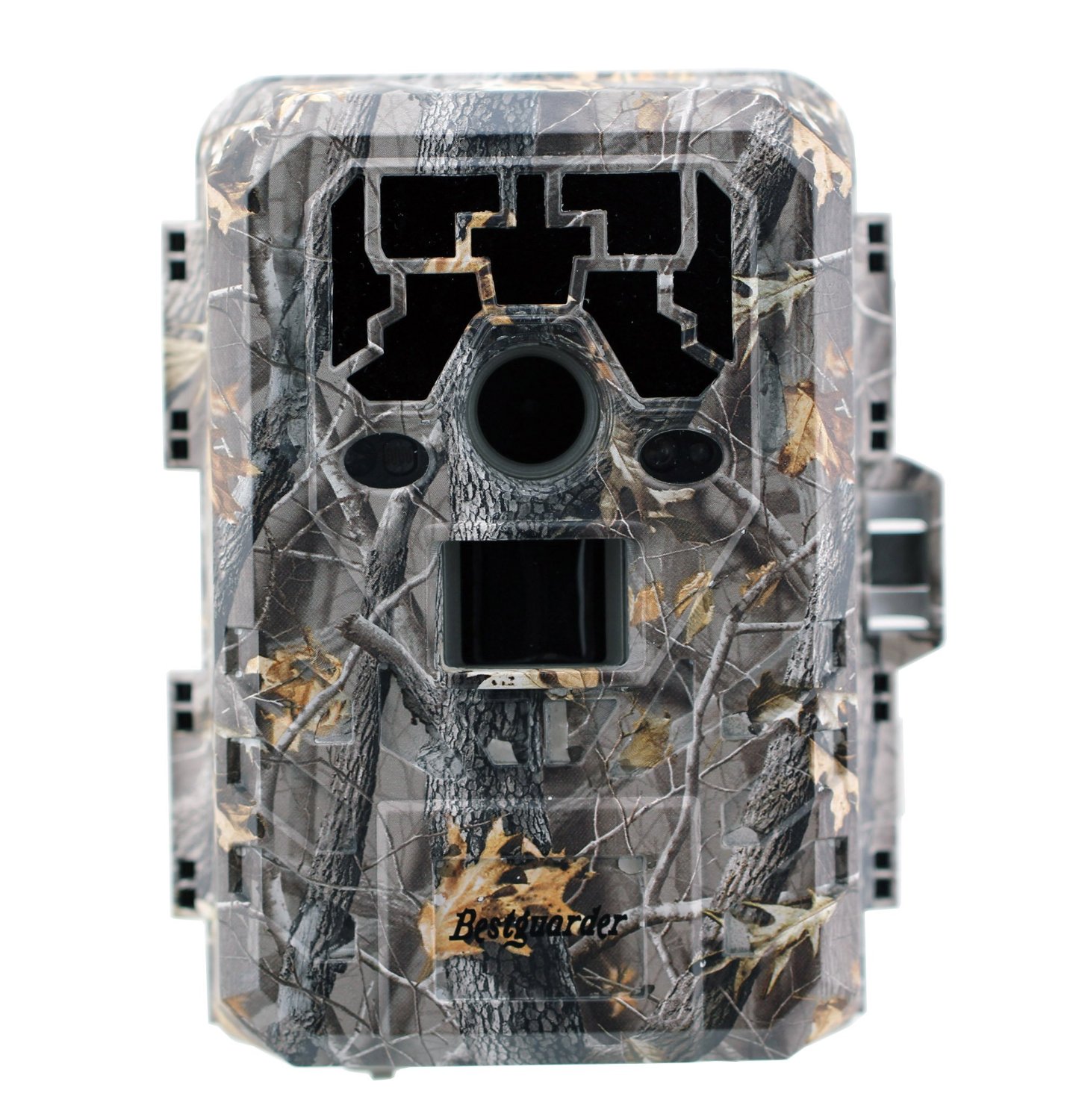 Do not let the light weight and small size of the Bestguarder fool you! This is by far one of the best trail cameras for security currently on the market. A trigger time of 0.6 to 0.8 seconds means that any uninvited guests have less than one second to try to avoid being caught.

So in other words, they don’t stand a chance!

The Bestguarder also gives you the option to take still images or video with sound for a range of up to 75 feet. So this device is even great for covering larger areas of your property.

The time lapse feature is great for setting the camera to be alert for when you expect the uninvited guests. 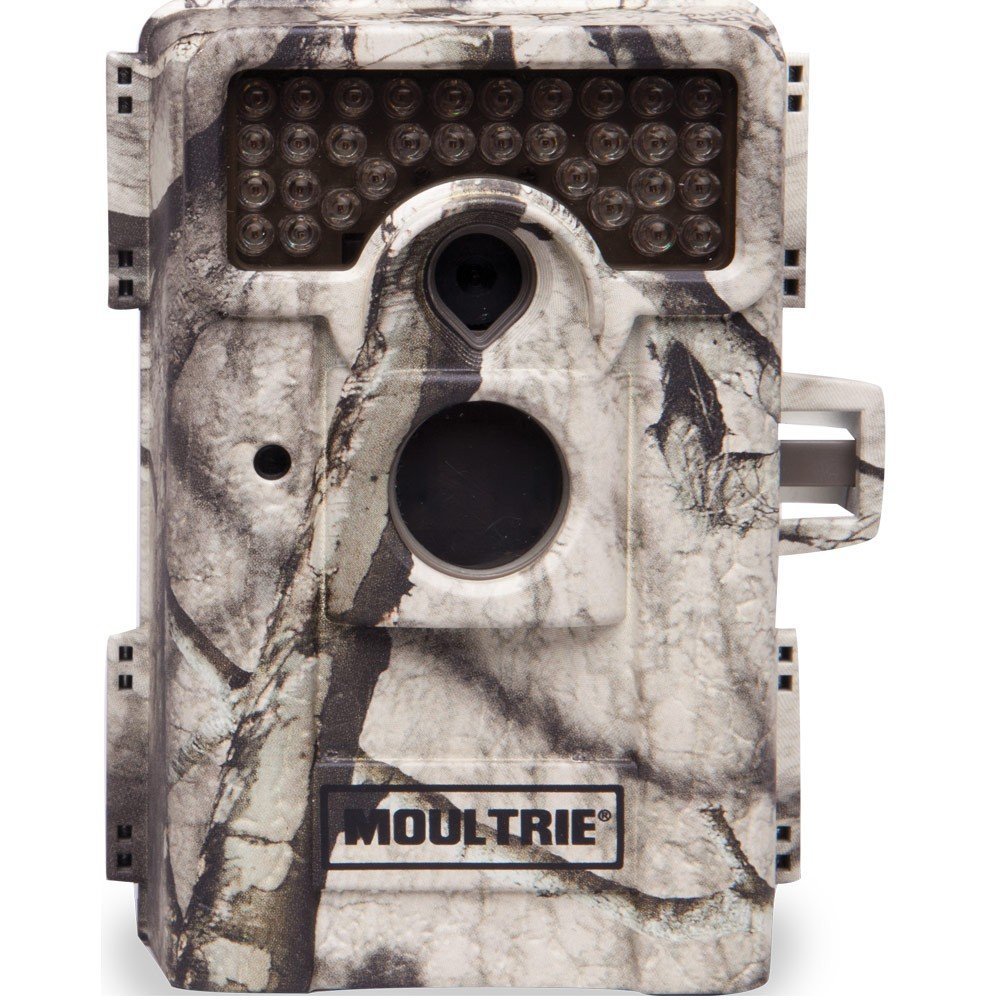 The MCG-12634 comes with a 10 megapixel camera which is only 2 megapixels below the higher quality cameras available on the market. The camera has a detection range of 50 feet with a no glow flash so any intruders will never even know they are being recorded.

The MCG-12634 provides quality footage for both day and night. There is no concern for needing the right amount of light to capture a clear quality image.

The 13,000 image battery life speaks for itself. In case you did not know, this means a long time for you to keep a large amount of surveillance and catch the bad guys. 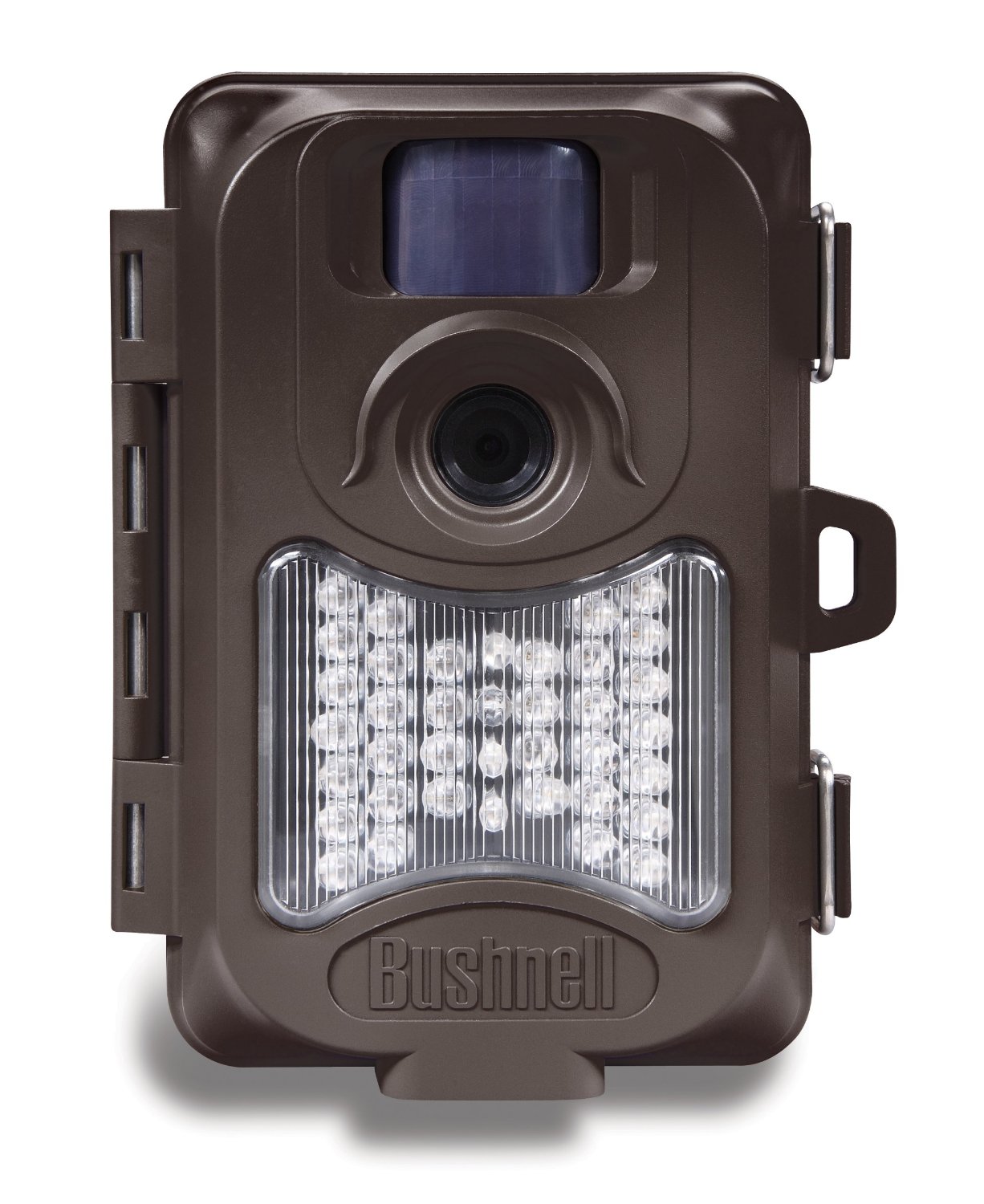 A temperature range of -5° F to 140° F says a lot when determining the toughness and reliability of the Bushnell X-8. The battery life lasting up to 9 months adds on to the fact that this camera is built to last.

The image quality only goes up to 6mp. The 1 second trigger speed followed by the 45 foot night vision range makes up for it. The field scan time lapse mode is a handy option if you want to set your camera to record at specific times and for a certain amount of time. (5 to 15 seconds)

The motion sensor also has a range of 45 feet and the camera gives you the option of using a timestamp so you know exactly when the event took place! Even though this is number 5 on the list it is still one of the quality trail cameras used for security.

Truth be told, no matter which product you choose you will most likely have the features you need but they might not be at the desired level of quality.

The post The Best Trail Cameras for Security of Your Family and Land appeared first on Blogtrepreneur – For Busy Entrepreneurs.