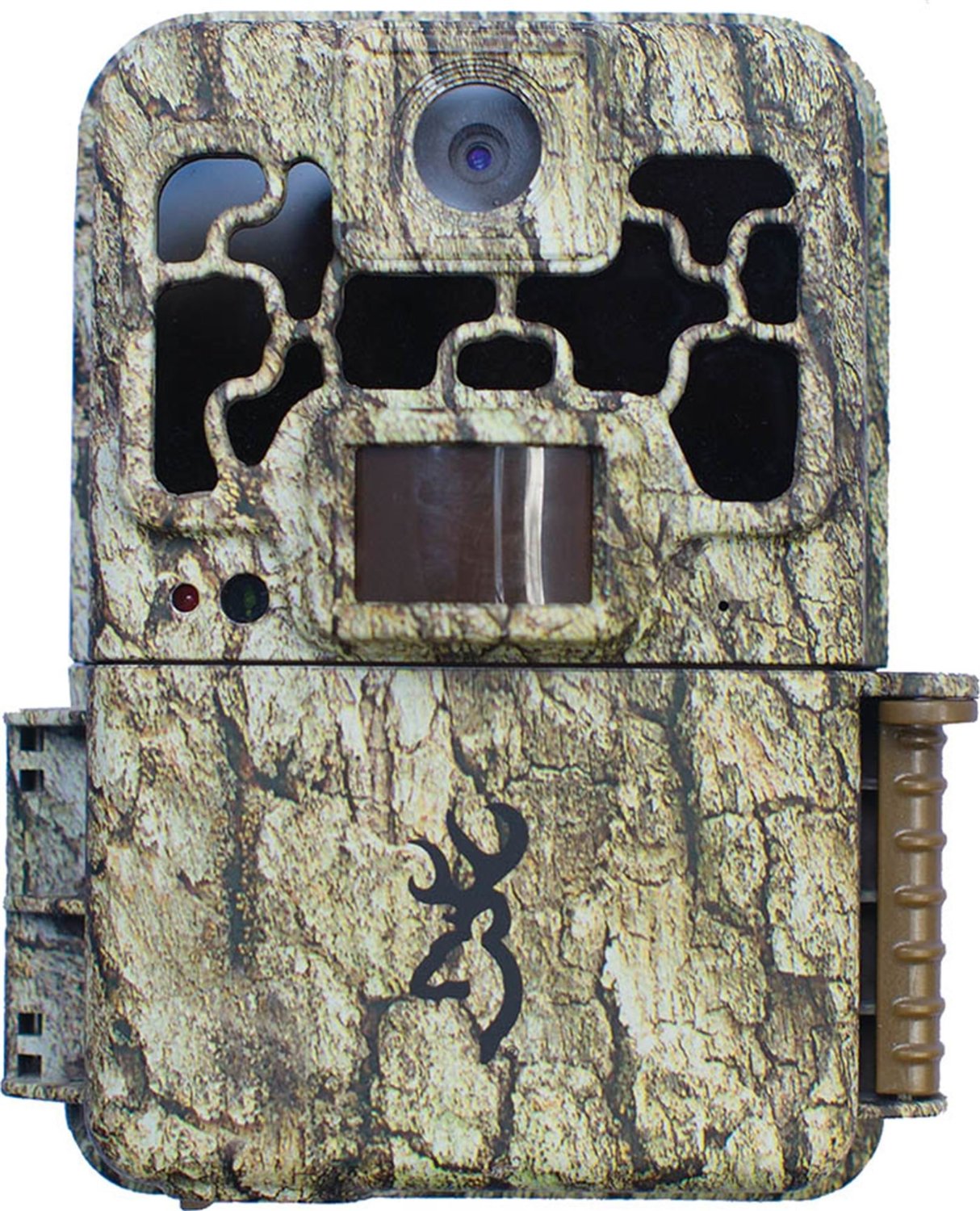 Browning is a company that is focused on providing

The main feature of this camera is that it’s a ten megapixel trail camera that offers HD recording of videos, and to be more specific, the video definition is 1080p. So it is fair to say that any image or video you see from this camera will be like watching Bambi in HD.

It has day and night capabilities, using infrared illumination at night time. The range is about seventy feet which is pretty far compared to other trail cameras. The camera has a time lapse mode as well as a regular camera mode for stills so you can pick your preference of when you want the camera to record footage.

Motion detection is done by infrared technology so anything giving off heat will set off the motion detection. It’s a palm-sized camera so it is pretty small but sturdily built and weather resistant so the size does not cause any concern.

It also has a camouflage covering making it hard to see for any game animals that have an eye for trail cameras. Users have experienced very little issues and the recording in particular is excellent. It uses an SD card for recording and eight AA batteries which is the case for most if not all trail cameras.

This camera is similar in features to the previous Spec Ops browning trail cam reviews, but it has some additional features that explain why it comes at a more expensive price.

Similarities are that it is a ten megapixel camera with the same trigger time of 0.67 seconds, camouflage cover, sturdy build and day night capabilities. The feature that makes this different is the fact that this uses only six AA batteries which means a shorter battery life time. Some cool additional features are that it not only records HD videos but also records sound, and that the camera has an infrared flash illumination of up to 100 feet, with claims of Zero Blur technology at night.

The Zero Blur technology is pretty much self explanatory, but for those who did not know, it gets rid of motion blur that is commonly seen in images taken of animals on the move. It’s also one of the smallest trail cameras currently on the market. 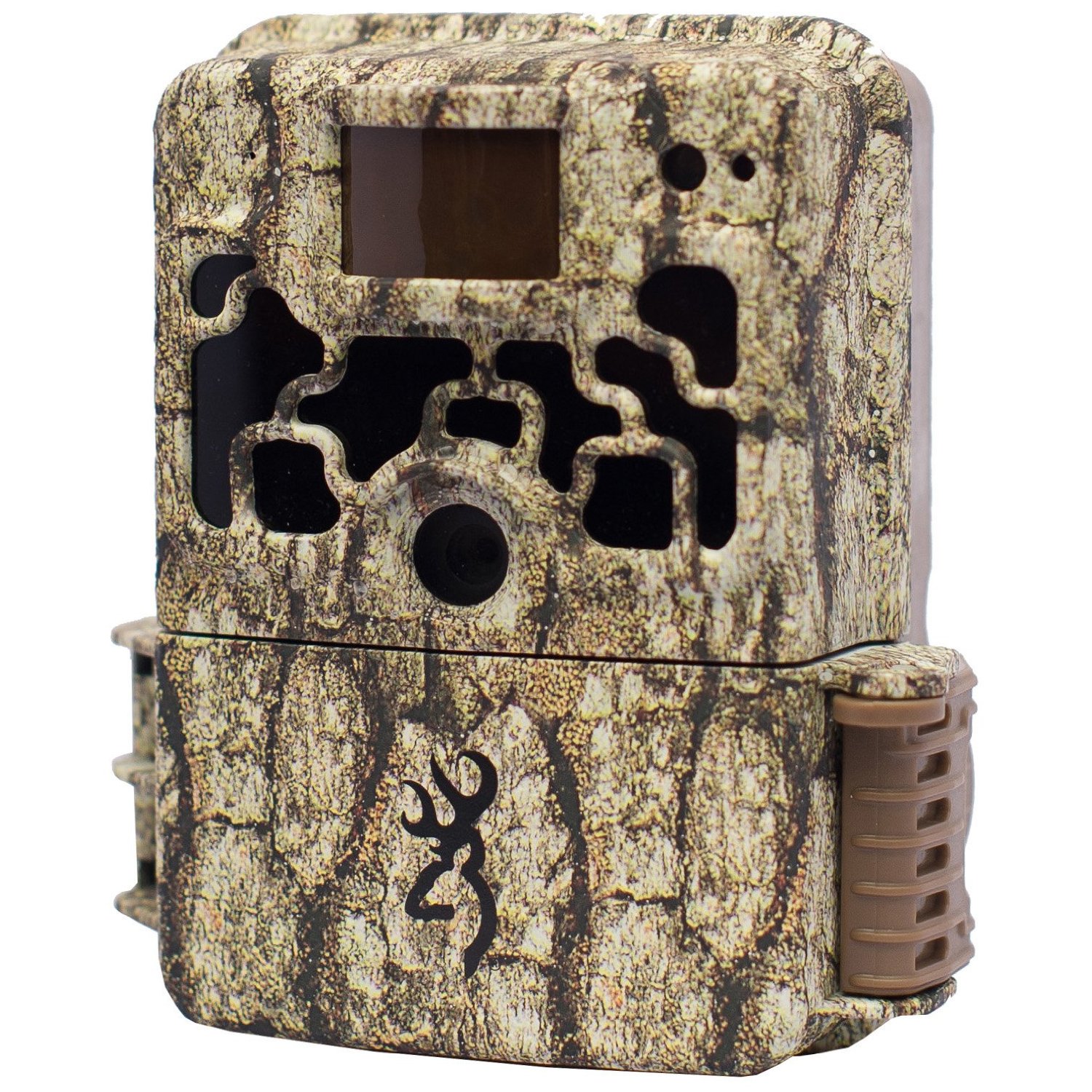 This is also similar to the Browning Strike Force, but there are some differences.

First off, it’s a cheaper camera which is something to make note of if price range is something you are concerned about. The camera quality itself is still ten megapixels interpolated, and it records HD videos with sound, with a trigger time of 0.67 seconds.

But the flash range is less than the Strike Force model at only seventy feet using infrared LEDs. It uses eight AA batteries and an SD card for recording. Dark Ops is also a sub micro camera like the Strike Force, so it’s very small and not noticeable.

The most significant difference between this and the Strike force is that users have experienced a lot more blurring with photos taken at night using this camera. But overall, a good camera for the price in this list of browning trail camera reviews. 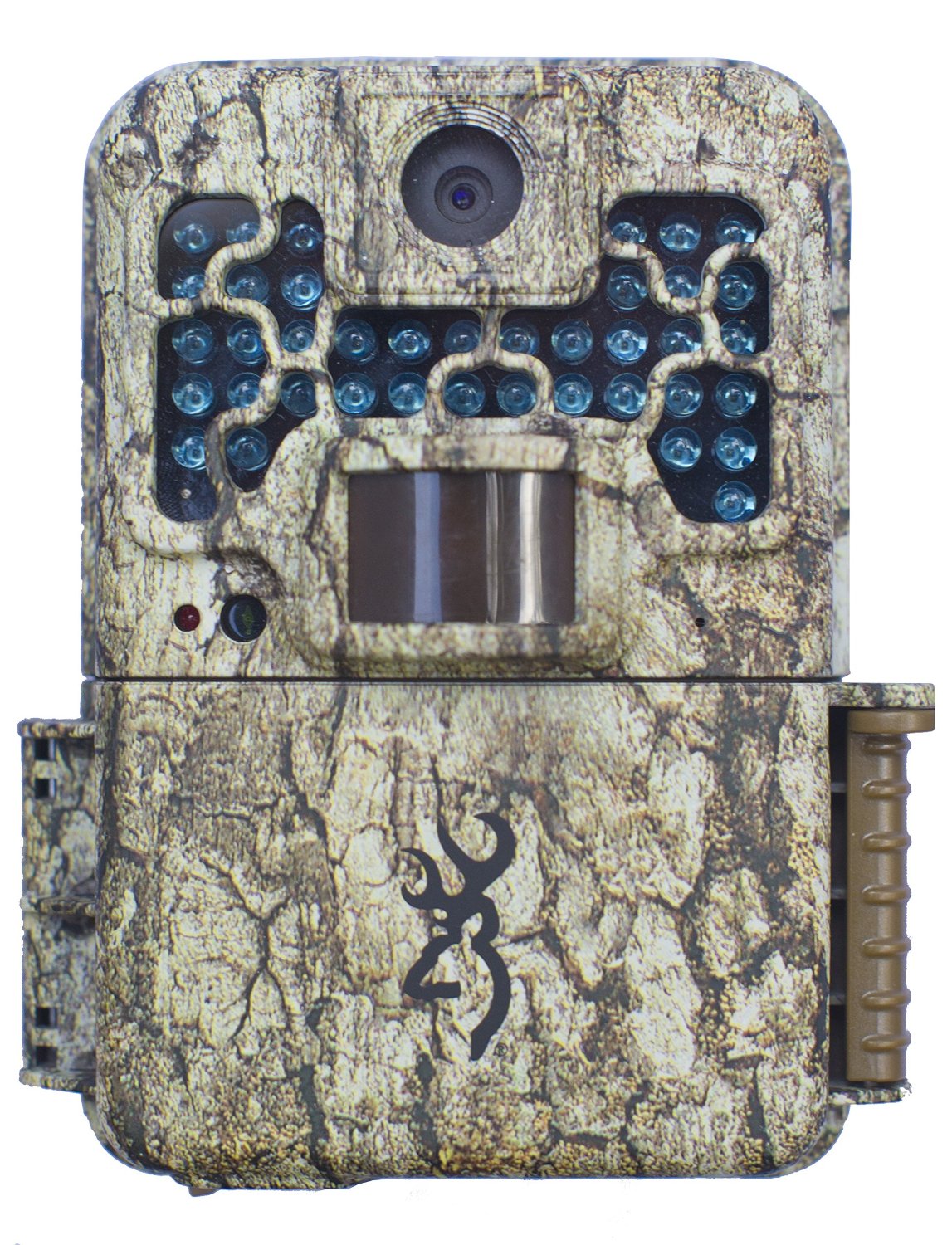 As the name suggests, this is quite a high quality camera compared to the previous ones mentioned in the list of Browning trail camera reviews. It has HD recording with sound, with a ten megapixel camera that produces 1080p quality videos. The trigger time is the same as the other cameras, but shutter time in this is improved for better picture taking at night which is a problem that a lot of users experience.

The flash range is over one hundred feet using infrared LEDs and the camera detection range is over fifty-five feet. It is fair to say that the overall range of this camera makes it stand out from the crowd.

The camera is sturdy and camouflage colored to make it harder to see for not only animals but possibly trespassers as well. Some users experienced difficulty with the setup instructions but otherwise no issues were faced.

It uses eight AA batteries and an SD card of up to 32 GB for storage so it has a long battery life and plenty of memory to store recorded footage. 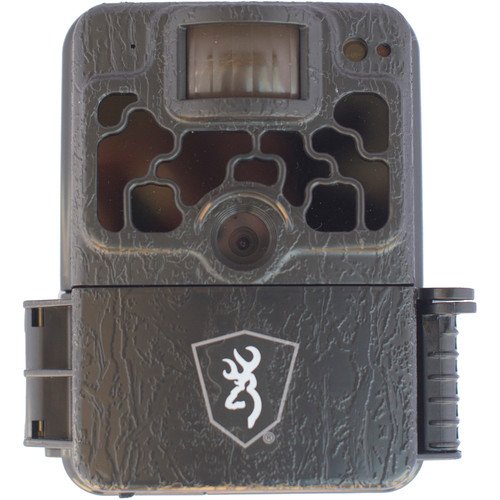 Pretty much the same as the previous cameras on this list, it has a very fast 0.67 second trigger speed, a flash range of seventy feet, and it uses invisible infrared light for night time pictures.

HD recording is possible using the camera, although just like the other cameras on the list you can either record video or take stills, but not both. The camera does not have the additional feature of recording sound although that is not always a strongly preferred feature for these products. The other downfall is that the Browning Black Label 10MP HD Security Trail Camera (BTC6HDS) does not have Zero Blur technology so there is a chance that some of your pictures will not be as clear as you would like.

So overall it is not one of the most advanced cameras on the list but you are getting still a fairly good camera for the price.

As you can see, most of these cameras are over a hundred dollars, so they’re not part of the lower end market for game cameras. However, all of the products on this list of browning trail camera reviews have multiple excellent features that make them well worth the price you’ll be paying.

The best on this list is probably the Strike Force Sub Micro camera because it has the most features in addition to being tiny, and although it’s one of the most expensive it has so many positive reviews that it’s definitely worth paying extra for.