What Are Ketones: Why They Are Important to Lose Weight 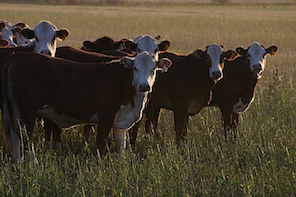 If you have been looking into doing the Ketogenic diet plan you may have heard about the need to measure your ketone levels to know when your body is getting into ketosis, so what are ketones, and why are they important? What is getting into ketosis, why do I need to be there? In this article we’ll give you an overview of what all of these things are, how they fit together, and why they should matter to you and your health. We’ll start with definitions, then how they all work together and end with some practical information.

This diet plan has been around for a while, and in all honesty is a pretty simple diet plan. The Keto Diet is basically a high fat low carb diet. The idea behind the ketogenic diet is extreme carb restriction and ingesting high quality fatty foods like natural animal fats like beef tallow and eggs, fish and other kinds of fats like certain nuts, and avocado, and nutrient rich vegetables like spinach, parsley and other above ground leafy kinds. In all honesty it sounds like any other low carb diet, and the only difference that I can see between this diet and a lot of other low carb diets is that the purpose behind the ketogenic diet is to bring the body into a state called ketosis.

So what exactly is ketosis?

In essence, ketosis is the “Nirvana” of fat burning. The layman’s explanation for ketosis goes as follows. The body of a person who is not under any dietary restrictions uses mostly glucose (sugar) for energy since a large part of their diet is comprised of carbs and carbs are metabolized as sugar. What happens when we cut off the supply of carbs is that your body adapts and looks to a different source of energy. This adaptation to a different energy source is ketosis. What happens is that instead of metabolizing glucose by releasing insulin to take the glucose to different tissues in your body to be used as energy, your body notices the low levels of glucose in your blood and triggers a different process. During ketosis fat is released into the bloodstream is taken to the liver and gets turned into ketones which are then taken to the different tissues of the body to be used as energy, instead of glucose.

What are these ketones you speak of? 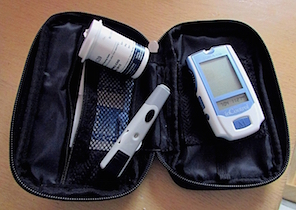 So to bring it together, when we follow the Ketogenic diet, the end goal is for our body to enter ketosis. Ketosis is the process by which our body converts fat into energy supplanting the other process by which our body produces energy which is through insulin and glucose. So what is the ketones weight loss link ? Now you know, ketones are made when the liver transforms fat into energy molecules during ketosis.

There is a situation where ketones can be dangerous, and that is with high ketones when a person is a diabetic. In a healthy body doing the Ketogenic Diet, the ketone levels are regulated by a normal level of insulin. In person that is diabetic that has not been treated properly the levels of insulin are too low,which triggers a reaction where fat is released at a high level into the bloodstream causing the liver to overproduce ketones which aren’t absorbed since there is no insulin, therefore changing the blood pH and effectively poisoning the body. This is why it is important for people with diabetes to keep tabs of their ketone levels.

So what is the ketogenic diet? 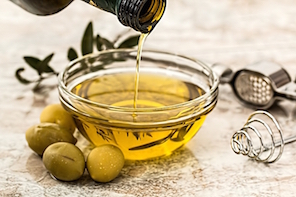 The ketogenic diet is a valuable asset for those who are looking to lose weight or get in shape. There are a number of different tweaks that can be done to the diet depending on what the desired results are. The common denominator for these diets is the desire to put the body in a state where it uses fat instead of glucose to produce energy for the different tissues in the body. The stars of this process are the ketones. Molecules that are produced when fat is released into the body and is transformed by the liver into a state where it can be metabolized as energy. Practicing this diet can be a valuable asset to those trying to lose weight, but we should remember it is wise to ask a doctor before making any drastic changes in our eating habits.

What are Ketones
Ketones Facts
Is Ketosis dangerous

The post What Are Ketones: Why They Are Important to Lose Weight appeared first on Blogtrepreneur – For Busy Entrepreneurs.