September 1, 2015 In Uncategorized By admin 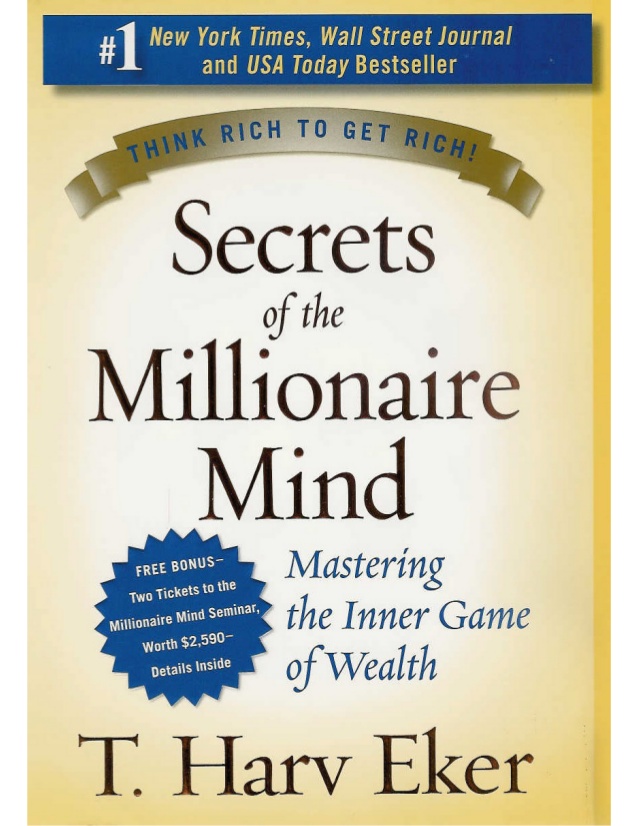 Admit it. You do envy people who are rich, if only just a little. Life just seems to be easier for them; they don’t worry about the bills; they take nice vacations; they can pursue lots of interests and hobbies; they don’t worry about retirement. We also wonder how they became rich, if they did it on their own rather than having inherited it. Do they have a specific way of thinking? Have they followed some formula? The answer is “yes” to both of these questions, depending on which rich person you ask. Rather than seek them out and ask, you can actually read what many of them have to say about acquiring wealth. Here are 10 books to inspire you on your path to riches.

1. Secrets of the Millionaire Mind, by T. Harv Eker

Can you go seven days without complaining about anything? How about one day? Eker believes that this is just one thing that separates most rich folk from the poor. The premise of this book is that we all develop an attitude about money from a very young age, and that we are limit ourselves by that attitude. We set an internal “thermostat” about how much we are capable of earning, and live by it. Poor people often have a victim mentality and complain a lot. Poor people don’t take action; rich people do. In all, there are 17 mental attitudes that the rich have that others do not. This is a quick read and very entertaining.

2. The Richest Man in Babylon, by George Clason 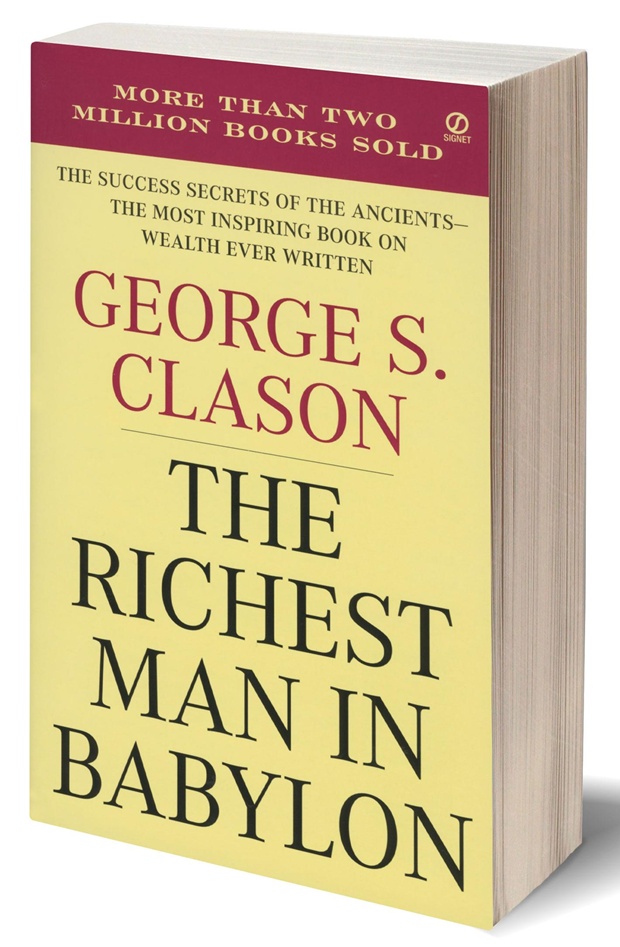 Written as a fable in 1926, this small book contains 7 principles of wealth which are passed on by the richest man in this ancient to two of his friends who did not fare so well financially. The principles are timeless and include such things as “Pay yourself first,” and “Live below your means.” This is a quick easy read, and you can put these principles into action immediately.

3. The Automatic Millionaire, by David Bach 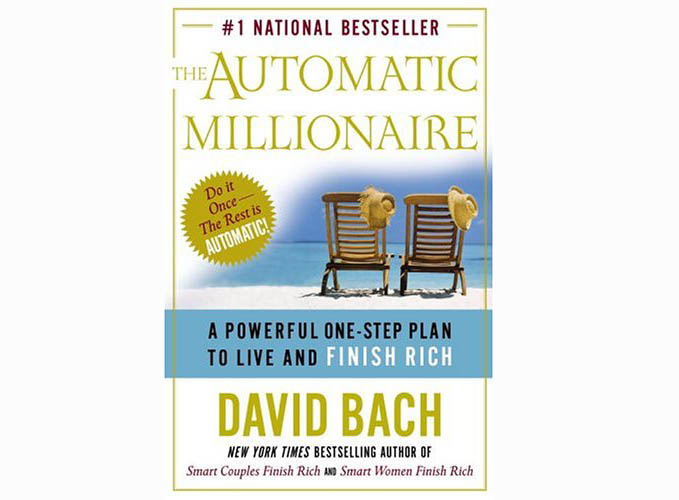 How many times have you heard the advice, “If you would just stop buying that latte every day, you would save $1500 a year.” Well this “latte factor” came from Bach’s book. His advice is this. There is a path to becoming a millionaire, but it is slow and steady and requires small sacrifices, like giving up that latte and putting that same amount of money into savings instead. And this should be done with all little wasteful expenditures, along with having money taken out of your paycheck automatically, before you ever have it in your hand. Bach contends that becoming a saver is a matter of developing the habit, just like any other habit you have. A practical good read. 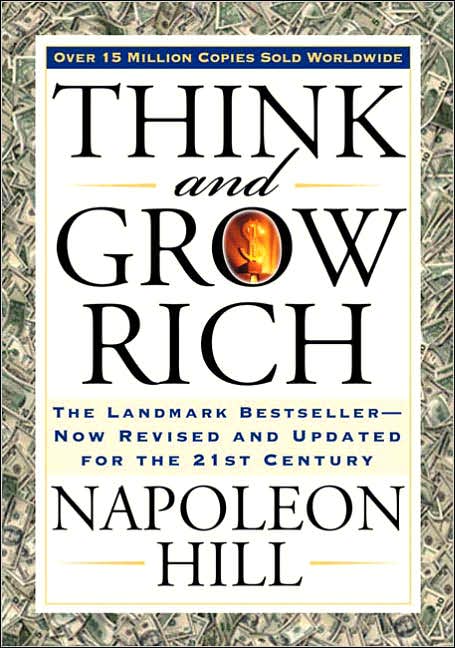 This book has been around for a long while, and it is not particularly entertaining. However, much like Eker, Hill insists that becoming rich is really a mental thing. You set goals – how much will you have in 5 years? 10 Years? And all of your focus is on each of those goals you set. If you put your thought energy on these goals, you will achieve them. There are a total of 8 mental steps in this reading that you must practice to become rich.

5. The Millionaire Next Door by Thomas Stanley and William Danko 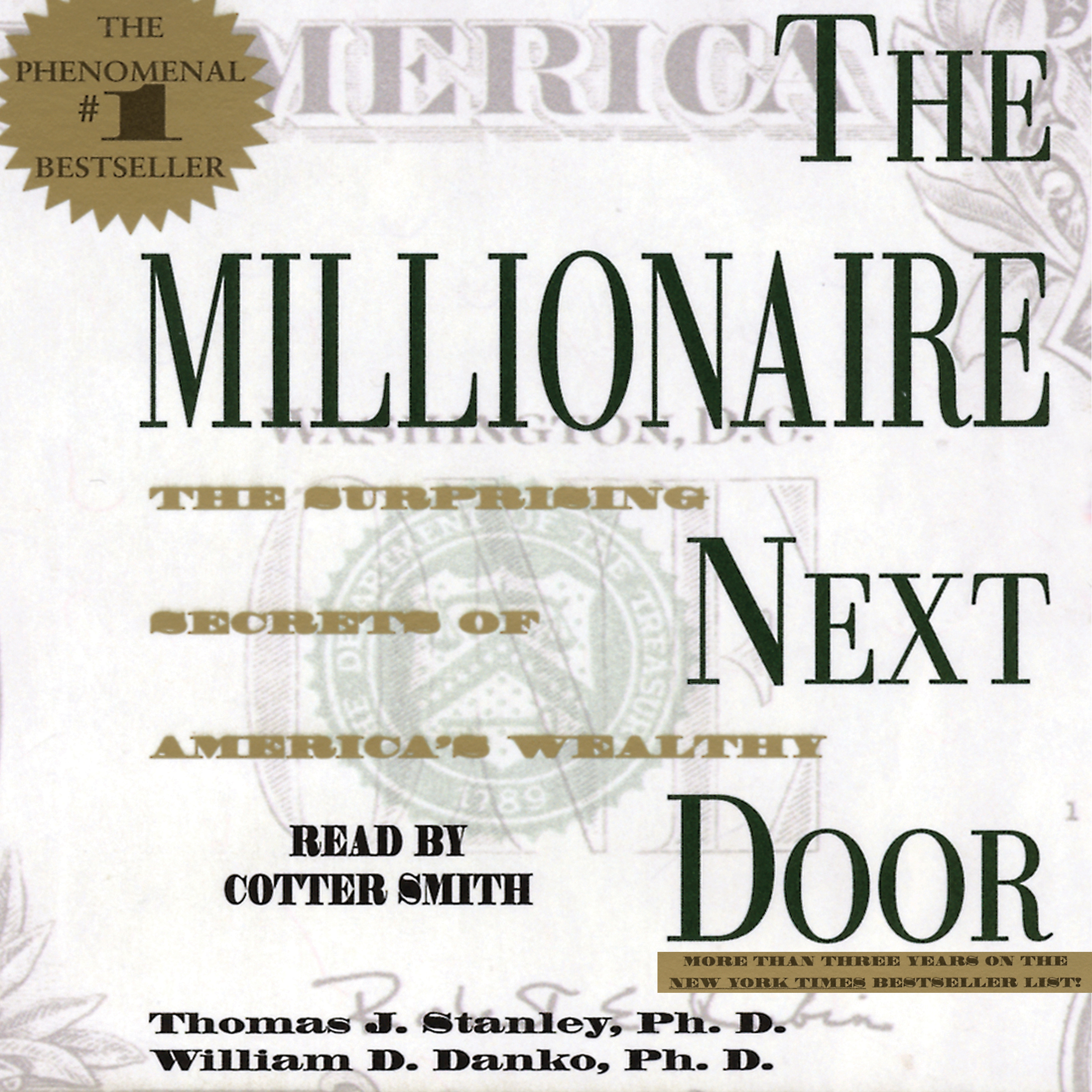 According to Stanley and Danko, there are many, many millionaires among us, in our own neighborhoods, whom we would never imagine to be that rich. They have done the research and what they found was this: Large numbers of millionaires live below their means, don’t buy “toys,” and spend energy on making wise investments. These are people who, as income increased, did not advance their lifestyles like so many do – no bigger house, no new car every 2 years, no vacation home, etc. They invested their increased income amounts. A really practical book, based on actual research. 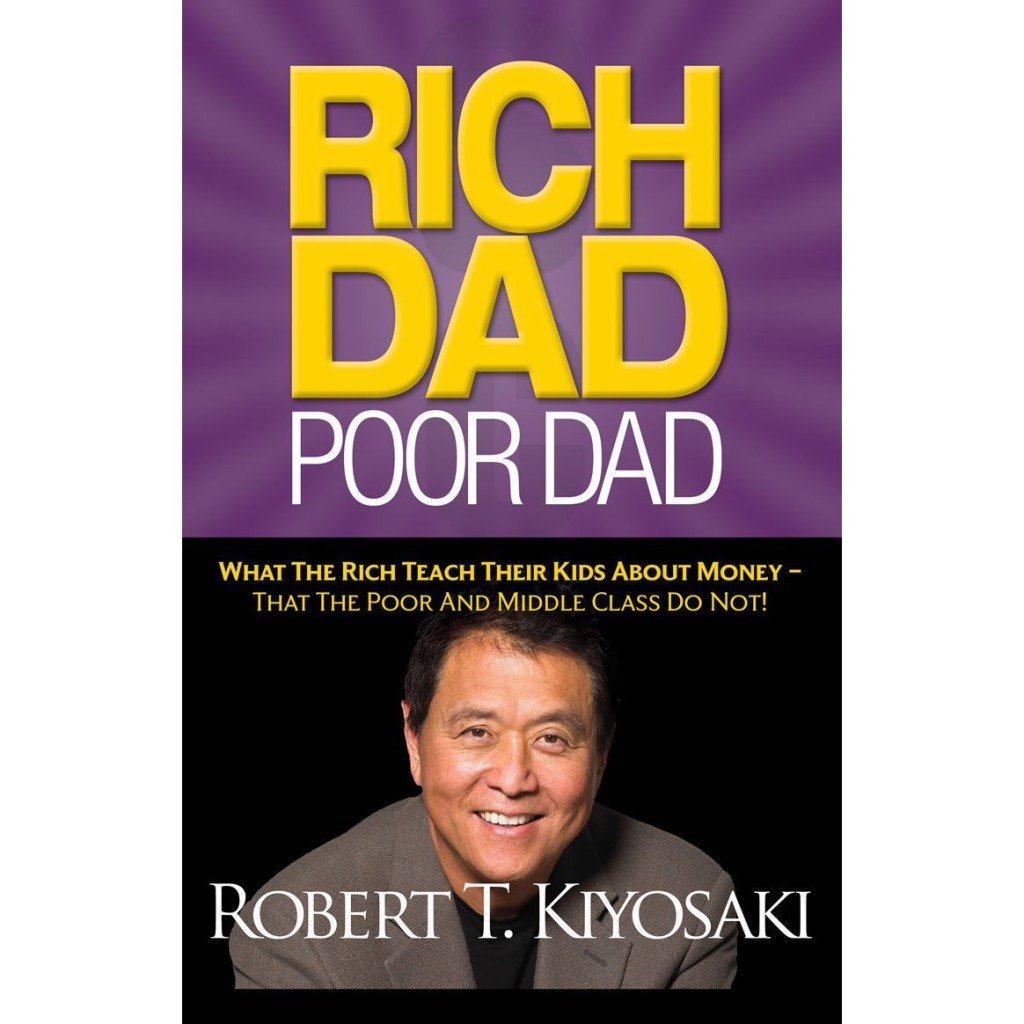 This story is about a young boy who had a biological father (the poor one) and another “father” (the rich father of his best friend). Both men teach the boy lessons about money, and it is clear their attitudes and behaviors are very different. The poor dad does not have good financial sense, works to earn the money needed to live, and doesn’t do much else with money. The rich dad makes money work for him instead, is financially literate, and ultimately teaches the kid 6 lessons that can make him rich. A good book that will make you explore your attitudes about money and how they are holding you back.

7. How to Get Out of Debt, Stay Out of Debt and Live Prosperously by Jerrold Mundis 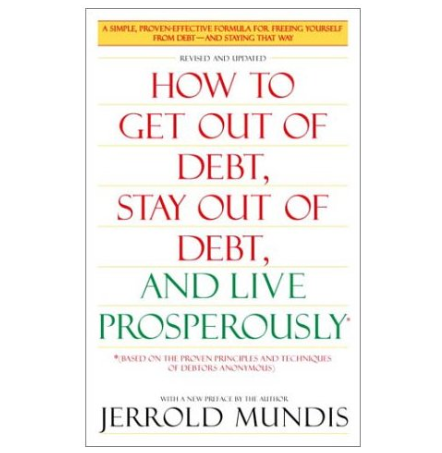 Many think this book is not about getting rich, but, in fact, it is. The inspiration that comes from this book is the author’s personal story about indebtedness, and what it took for him to get out of the mindset that debt is just unavoidable. Once out of debt, moreover, the opportunities to save and invest become real things and can lead to wealth over time. A great read for anyone even a bit concerned about debt and how to get free of it.

8. Get Rich Carefully by Jim Cramer 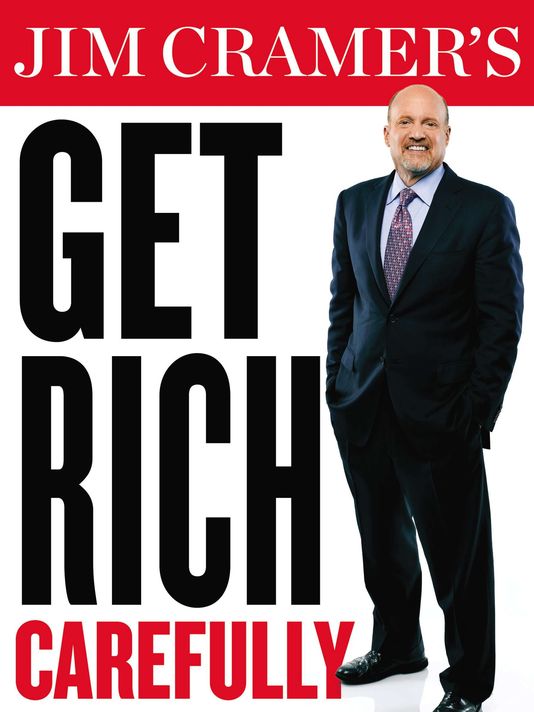 If you have never watched Jim Cramer on TV, you should, for it is an experience. Here is a man who lives, eats, and drinks investments and has become a multi-millionaire from this passion – TV shows, books, and, of course, his own wise investments. This book is a blueprint for analyzing a company, a stock, and market trends. Very practical, and it takes a lot of the “guess” work out of investing. 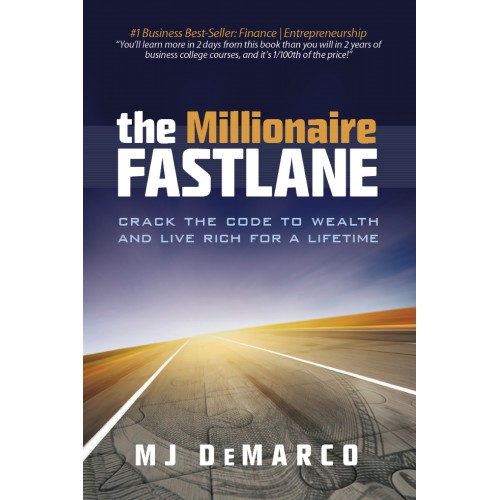 According to DeMarco, all people travel in one of three “lanes” – the sidewalk (poor people), the slow lane (middle class people) or the fast lane (rich people). He describes these people against the backdrop of the traditional advice on how to be financially stable – get a good education, a job, save for your retirement. Poor people either never got this advice or chose to ignore it; middle class people have chosen to take the advice. They get out of school, find a job opportunity, write that letter of motivation along with a resume, get the job, and live in the “slow lane,” comfortable but never wealthy. Getting into the fast lane, says DeMarco, is knowing that traditional advice but ignoring it in favor of taking risks, following passions, and building businesses. Some will fail, yes, but there will ultimately be the one that makes you rich. If you have an entrepreneurial spirit, this book is for you.

10. Screw It, Let’s Do It by Richard Branson 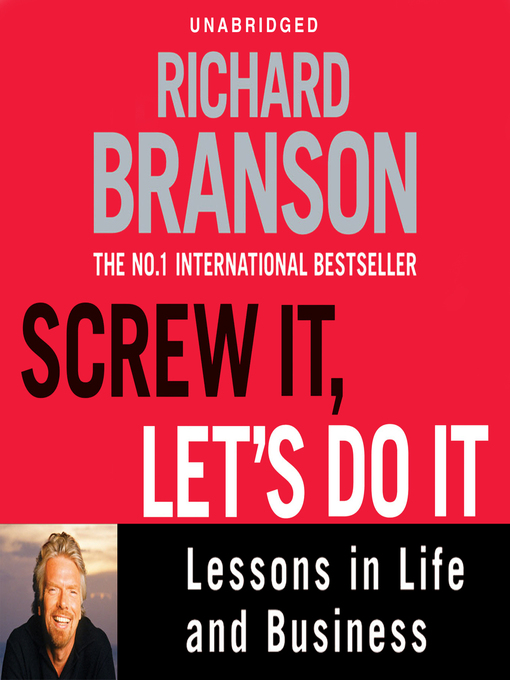 An autobiographical book by multi-millionaire owner of Virgin Airlines, this work will inspire those who want nothing as badly as they want to be entrepreneurs and wealthy. In between telling his own story, Branson provides principles for success and wealth. The biggest takeaway from this book is this: if you have a passion and you never act upon it, you will be neither happy nor rich. This is the ultimate read about risk-taking.

This group of books provides a variety to approaches – some fast, some slow; some based upon very practical steps to wealth, others based upon taking big risks. Some speak to behaviors; others speak to attitude and thought patterns. Find one or two that may speak to you, and chew on them!

The post What the Rich Say about Getting Rich – 10 Books to Inspire You appeared first on Blogtrepreneur – For Busy Entrepreneurs.